Floodtide, by John Eacott, is a musical performance in which music is generated by tide or the flow of water. A sensor submerged in the Thames, London, reads water flow data which is transformed by custom software into musical notation. This is streamed live to Birmingham via the internet for musicians to perform. As the notation is generated live from data, the music acts as a direct and unpredictable portrait of a local waterway.

John Eacott is a trumpeter and composer. In the 1980s he worked with Loose Tubes and industrial noise makers Test Dept. He has written many soundtracks for theatre, TV and film, most recently for the Royal Shakespeare Company’s production of Taming of the Shrew. Previous algorithmic/generative works include The Street, Morpheus, Intelligent Street and Hour Angle. He lectures in Sound Art at London College of Communication. Eacott’s composition Floodtide has been performed 12 times since its conception in 2008, at venues including Southbank Centre, Royal Observatory Greenwich, and the Royal Shakespeare Company.

Floodtide is performed by Informal 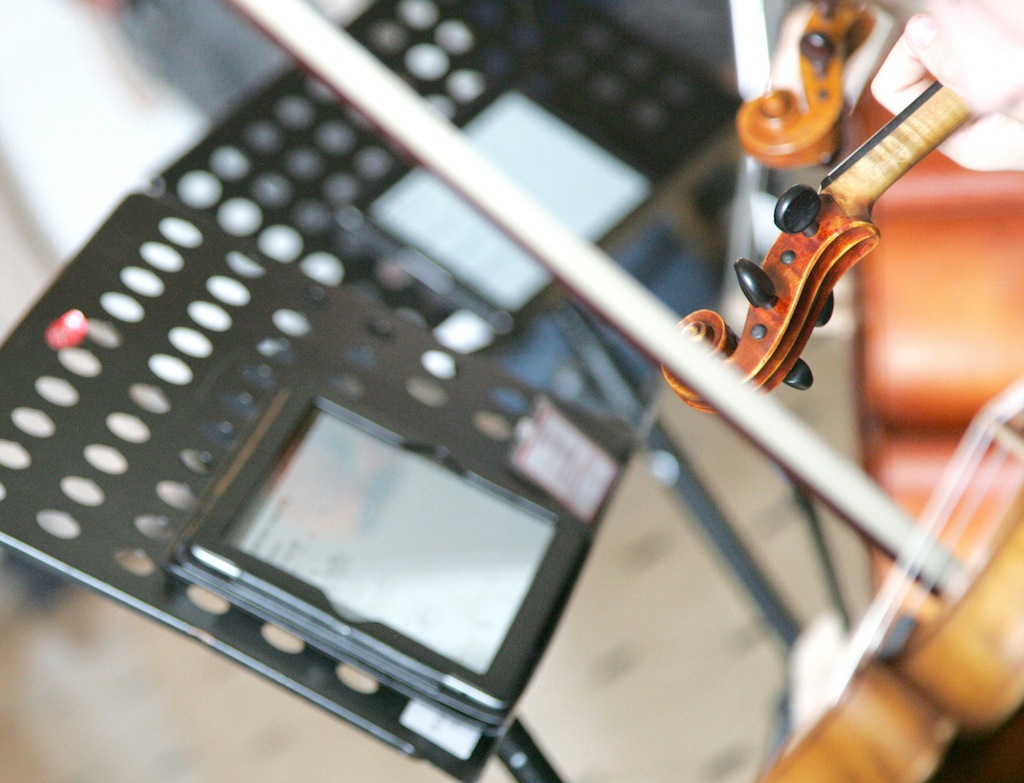