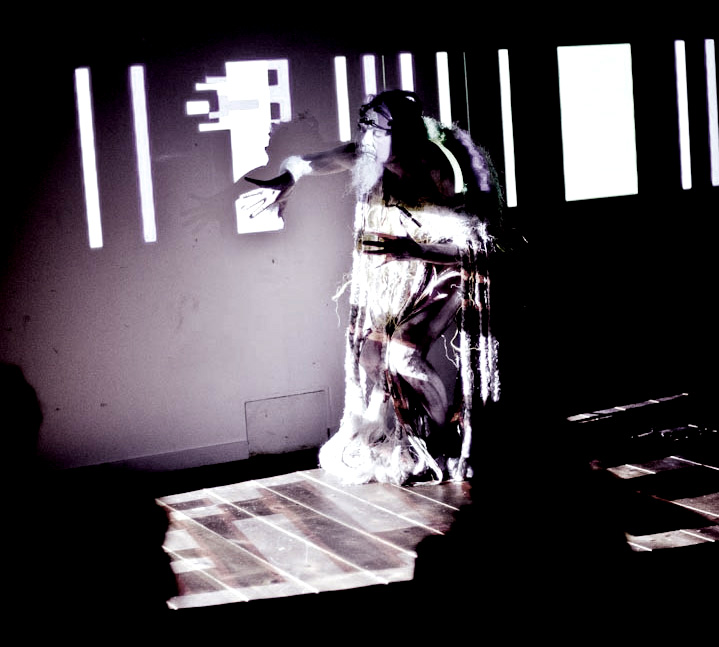 In Fragmentation by JesterN, the dancer, impersonating the post-modern man, drives an avatar with his brainwaves through a computer-generated 3d maze. Sound and visuals generated from his brain signal disturb his quest. Will he be able to remain paradoxically calm to generate the correct states of mind in order to navigate his way out of the maze?

Alberto Novello a.k.a. JesterN is a scientist, composer, sound and video artist. He graduated in Nuclear Physics at the University of Trieste, then joined his passion for music experimentation and science completing the master “Art, Science and Technologies” at the Institut National Polytechnique of Grenoble, with J.C. Risset and C. Cadoz. He worked at the Philips Research, Eindhoven, the Netherlands in the field of Music Information Retrieval with several publications in international conferences and journals. He has a PhD degree at the Technische Universiteit Eindhoven with A. Kohlrausch in Music Psychology. He graduated in electroacoustic music composition at the Institute of Sonology, Royal Conservatory of Den Haag with P. Berg, J. Ryan, and R. Barret. He has assisted A. Lucier in realizing Music for Solo performer. His works have been presented in international festivals such as Rewire, Toolkit, Sonic Acts, conferences such as NIME, ICMC and institutes for music research such as CCMAS, GRM, Logos Foundation and the Royal Conservatory Den Haag.